For the project of the municipal utilities Feldkirch in the area of ​​Illspitzes to build a power plant, DHP were commissioned with the planning and construction supervision of this project. The Ill in the estuary below Feldkirch is characterized by the operation of upper-lying Ill peak load power plants and the canal-like developed main river from Oberlieger-Hochwuhr to its estuary in the Rhine. In the last kilometers of the river, the Ill is a heavily modified river with a reduced, ecological value, which is mainly used for flood protection.

An expansion water volume of 120 m³/s allows a bottleneck capacity of nearly 7 MW. With 30 million kWh/a, the supply of the city Feldkirch has grown to 35% of renewable energy. The gradient from Ill to Rhine at the new estuary of the Ill was increased by a backlog to modeste 4.5m within the existing dams. Although this drop height is influenced by water levels of the Rhine, the two Kaplan bulb turbines can provide their service up to 8.5m drop height. 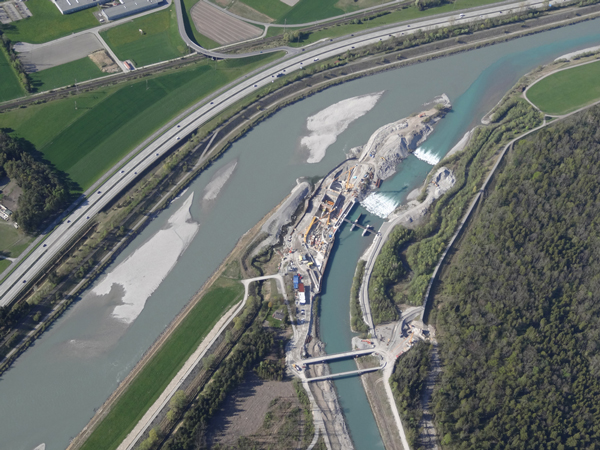 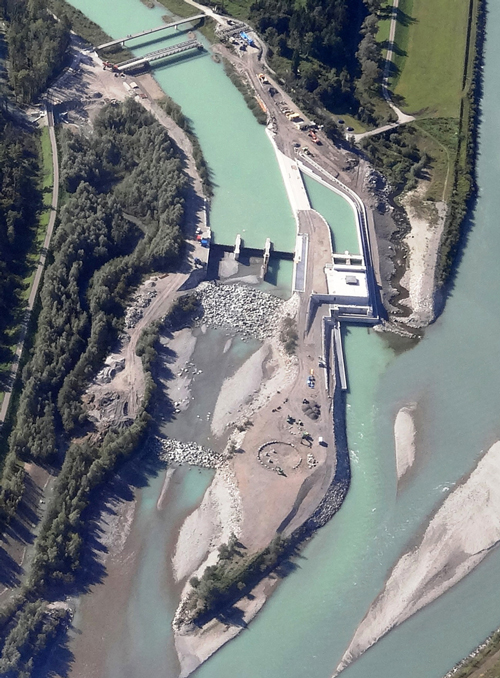 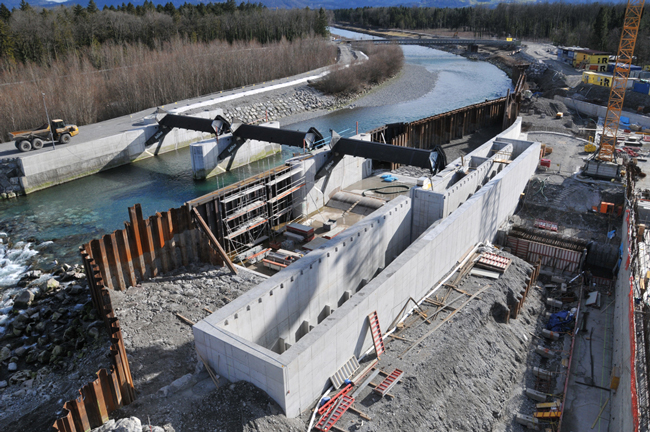 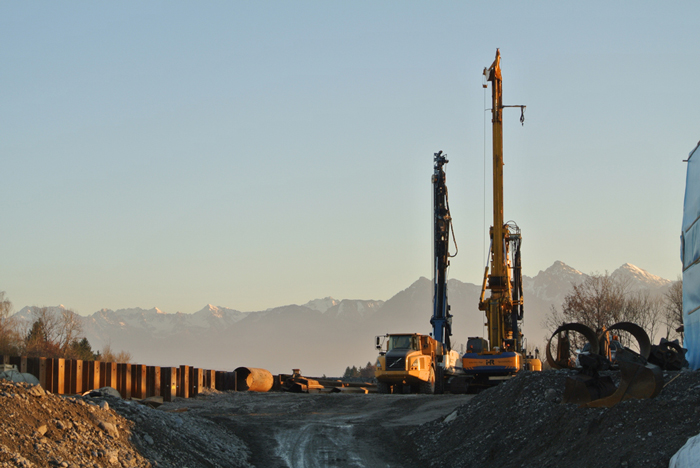 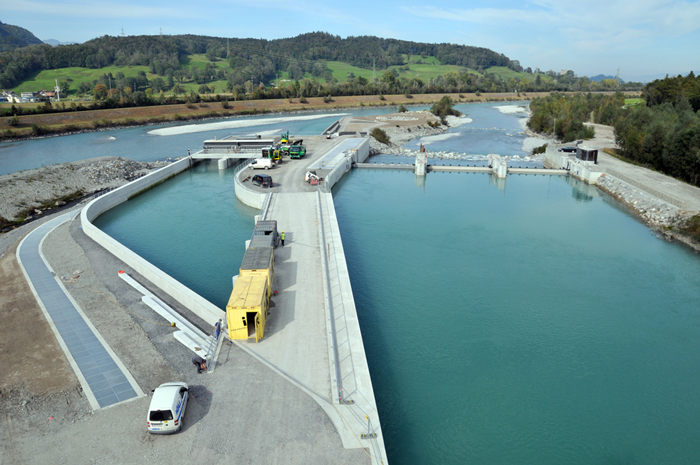 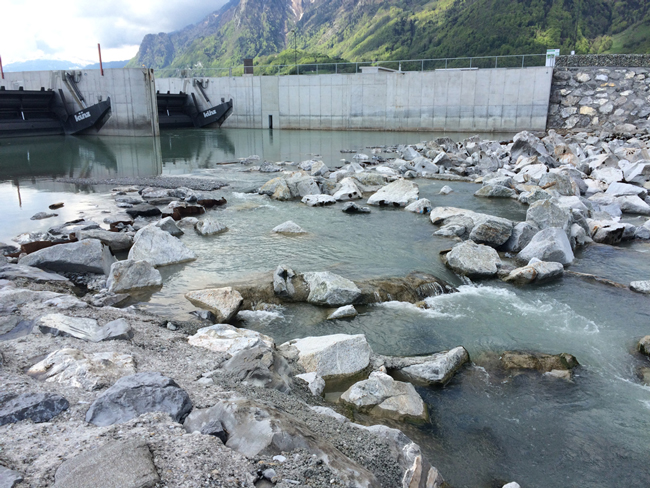 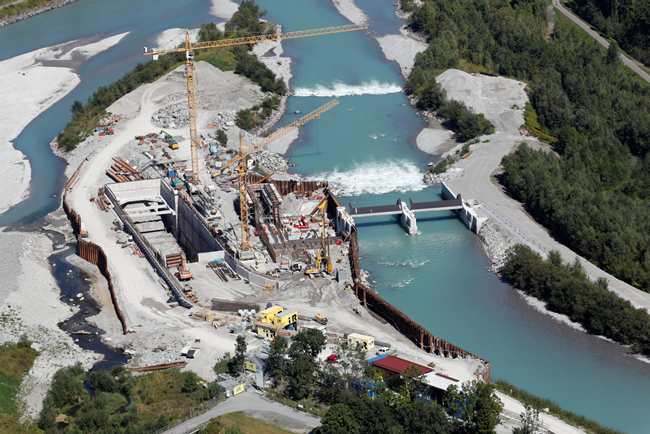 The flood protection of the surrounding area on the Illspitz could not be disturbed and the flooding safety of the power plant had to be ensured. The 3-field weir system regulates the accumulation target by means of segments with attached stowage flap and also secures the water drainage in the Illbett during load shedding. Ecologically as a flagship project are three fish ladders, a fish descent system and the bypass channel „Little Ill“ to call. The innovative rake cleaning can also transport large amount of corrosive material directly into the underwater without violating the relevant regulations.

With the commissioning of the newly built power plant, the city of Feldkirch was able to fulfill a long-cherished wish. In the recreational area on the Illspitz, the hydropower plant of the same name was created, subordinating itself to the natural landscape and the needs of man in the landscape. A solution at Dr. Ing. Hutarew & Partner alone responsible developed the power plant construct. High-end technology and respectful use of nature have shaped this project.