From the Matrei weir, a tunnel directs the drainage water to the surge tank Sill (880.00m above sea level). It is distributed to three  downstream power plant locations. The main Sill power plant (HKW) was initially charged via two penstocks (DRL). For reasons of age and in order to increase performance, a rehabilitation program was started in 2017, there was a need for action due to the advanced age of the pipes as well.

The two existing penstock pipes (DN1250) were replaced with a new DN2300, retaining one of the existing pipelines  as a cable collector. An essential part of the reconstruction measures was the hydraulic optimization of the inlet conditions in the area of ​​the intake from the Sill surge tank to the penstock and the instationary computations (water hammer). 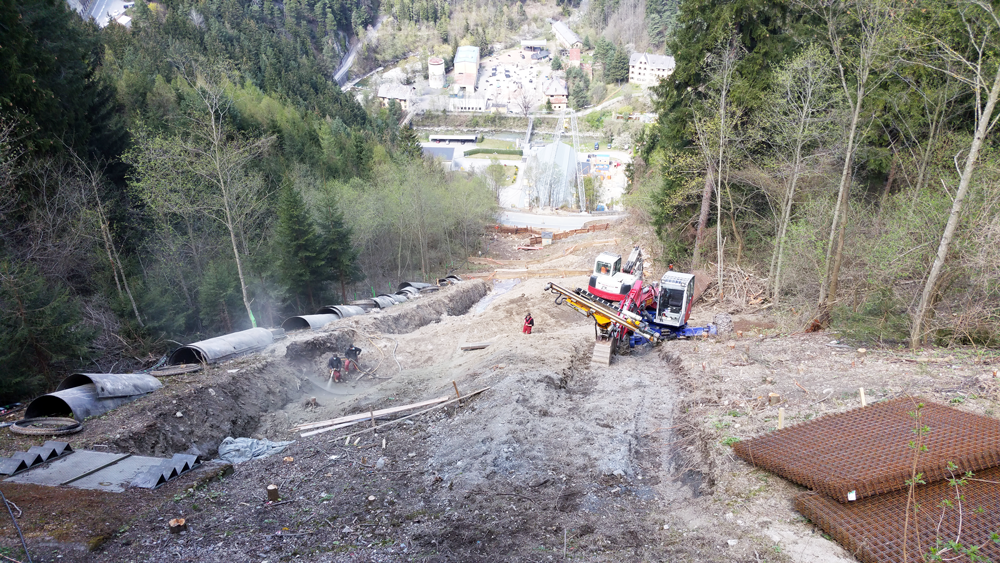 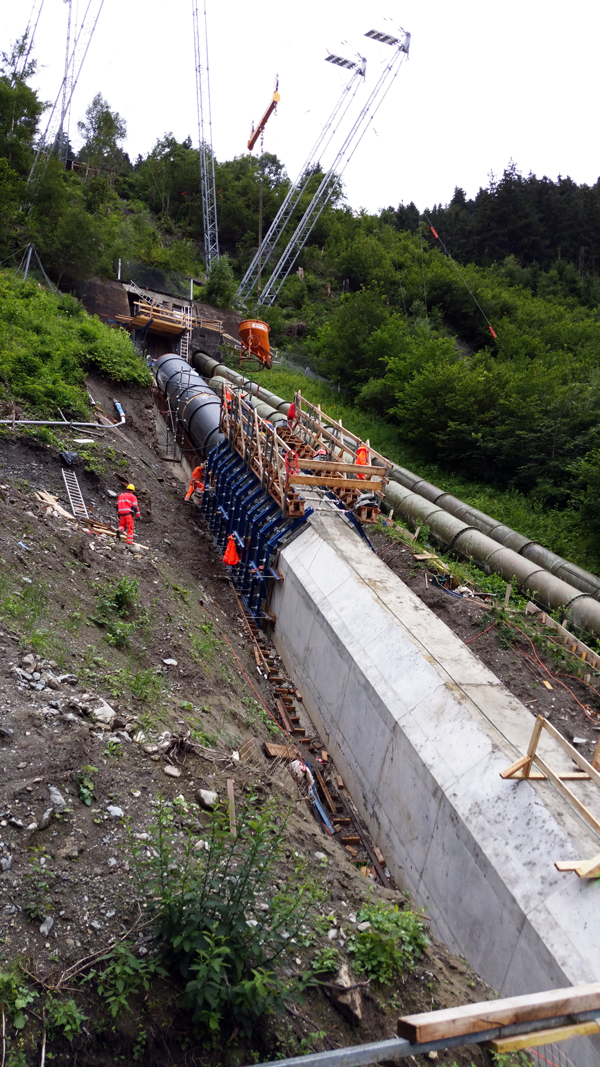 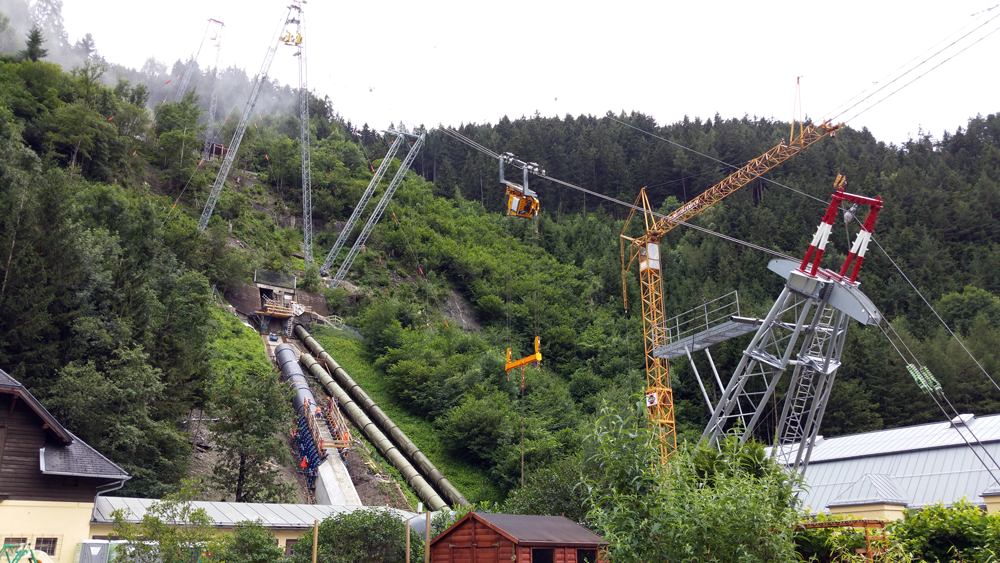 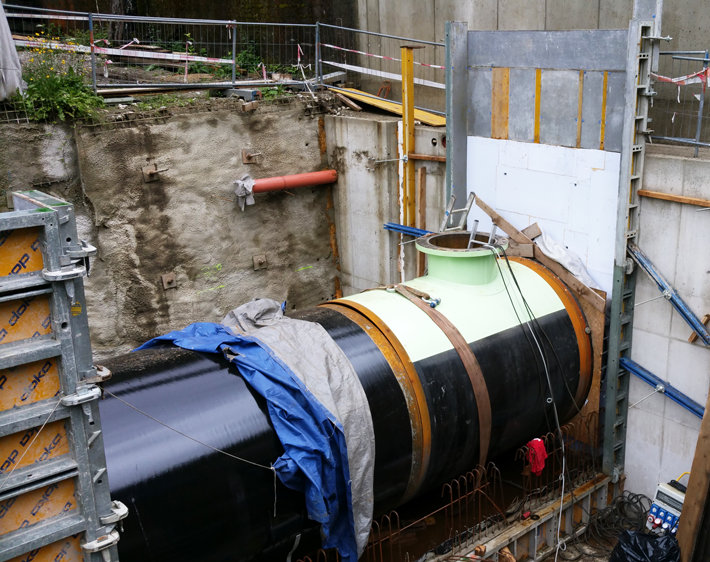 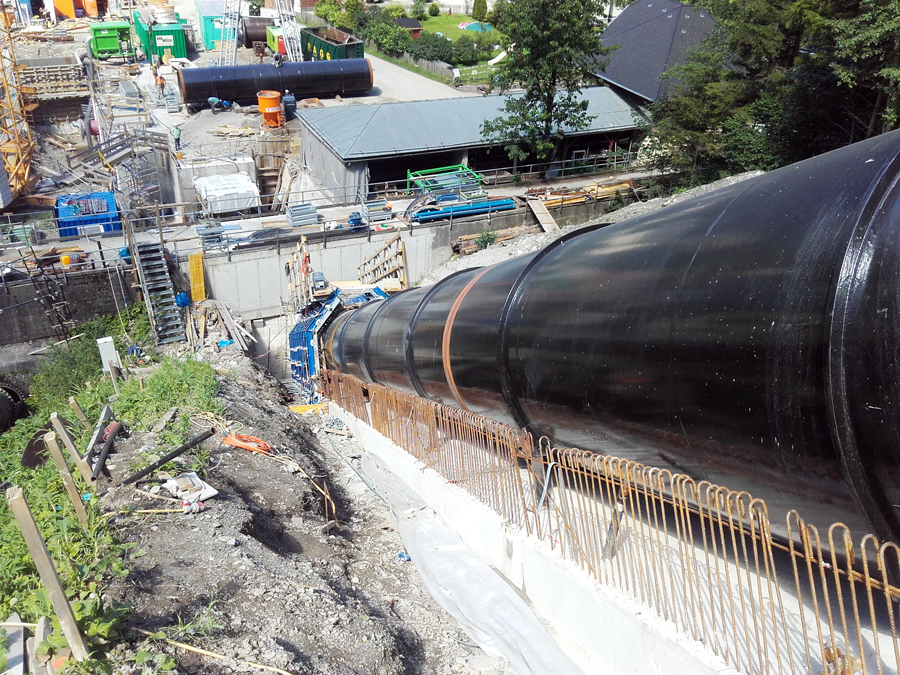 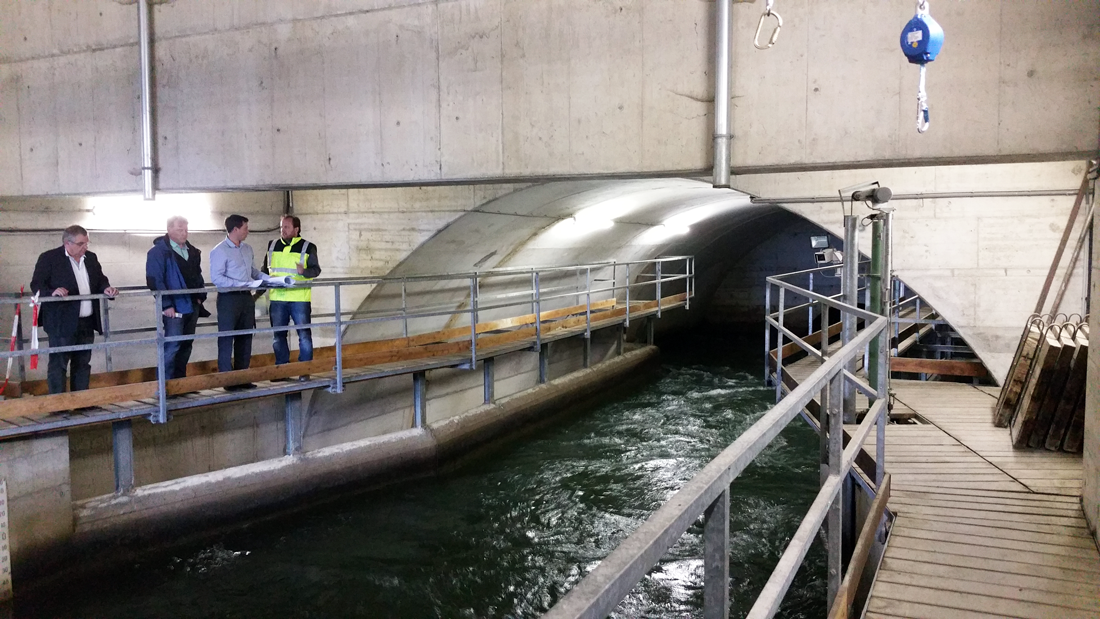 The bifurcation to the turbines was completely re-routed while the penstock was renewed maintaining the existing clearance and tunnel routes. The water from the Sill surge tank is directed to the turbines of the HKW Obere Sill via the newly constructed, concrete-encased 340m long penstock DN2300. To complete the information it should be mentioned that the 5eZT which we are part of has already renewed the weir system Matrei including the inlet channel to the tunnel two years earlier.